December 18, 2012 Different / For children / Baby massage mats 47 911 1
At this time, children's flat feet is one of the most common diseases. According to statistics, more than 60 percent of children, having reached school age, acquire flat feet.
According to doctors, a definitive diagnosis of flatfoot is possible only by the age of five to six.
In order not to waste precious time, we decided to make a massage mat for our child ourselves. After all, as you know, it can be used not only for the purpose of prevention, but also for treatment.
Stepping legs on such a rug, in a child, and in an adult, blood circulation improves, the ankle joint is strengthened, and reflexogenic zones on the soles of the feet are massaged, as a result, the whole body is healed, immunity is enhanced.
So, what we need: the most important thing is the foundation, it can be a baby sheet with a bright pattern, or cuts of different brightly colored matter, the most important thing is the naturalness of the fabric; further sewing machine or if not, will have to sew manually; threads sea ​​pebbles; acorns and chestnuts, as well as corn.
Let's get to work.
We take the fabric, fold it in half, it turns out something in a kind of bag. 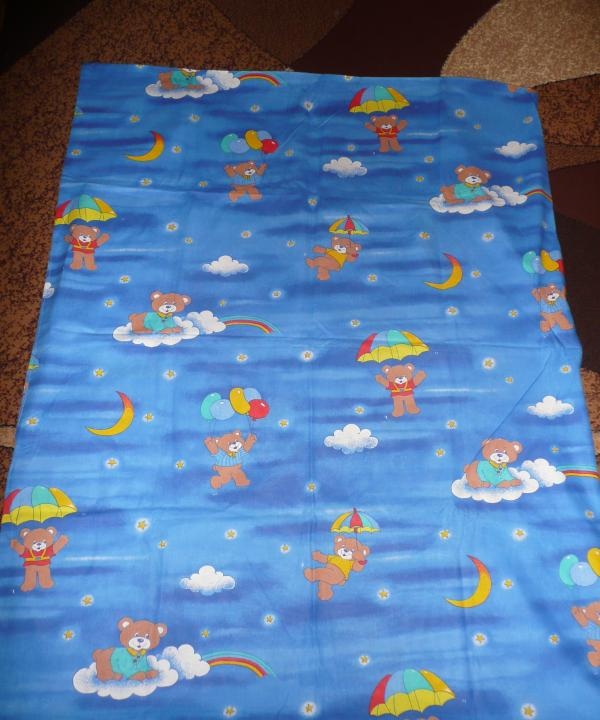 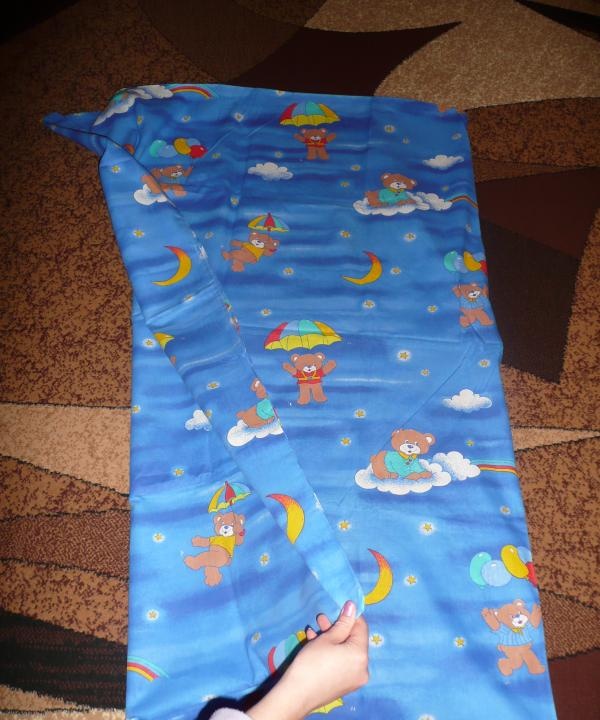 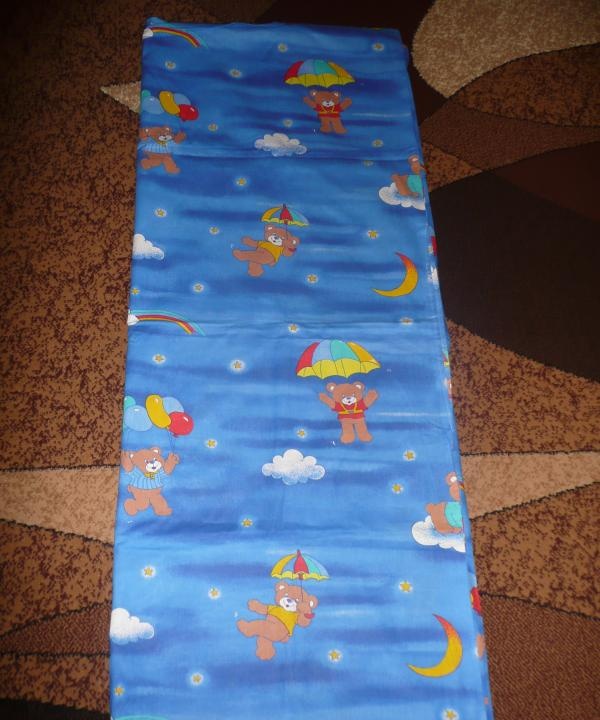 We sew the top, bottom, leaving the longest part not stitched. 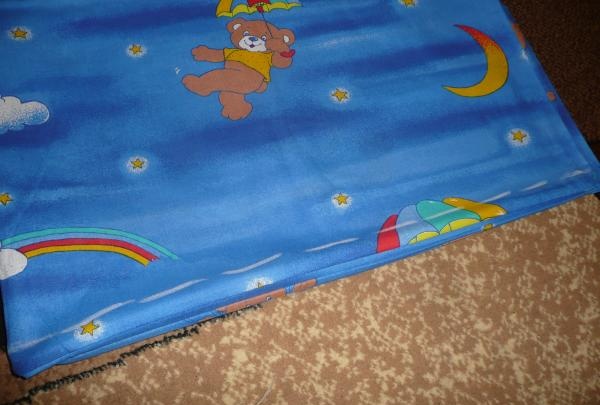 Divide the fabric into approximately equal three parts, and scribble from the fold to the non-stitched part. 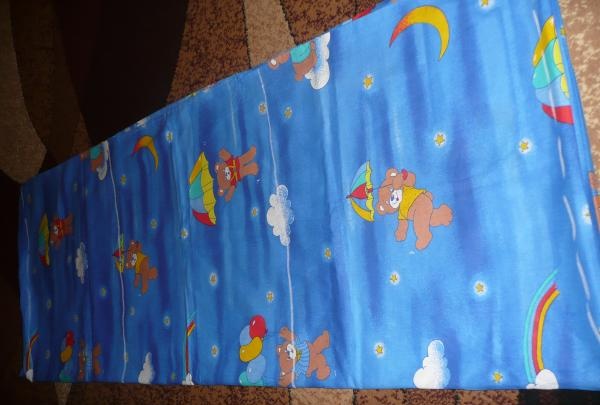 Now we scribble the longest part, leaving about 10 centimeters to the seams with which we divided the fabric into three parts to fill the filler there. 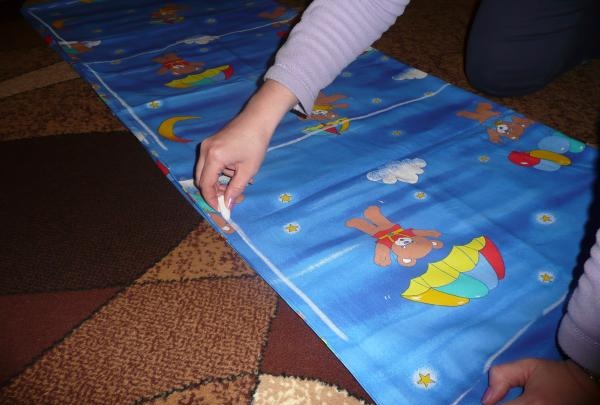 In the first part we fall asleep sea pebbles. Accordingly, in the second we pour corn, and in the third, chestnuts and acorns. 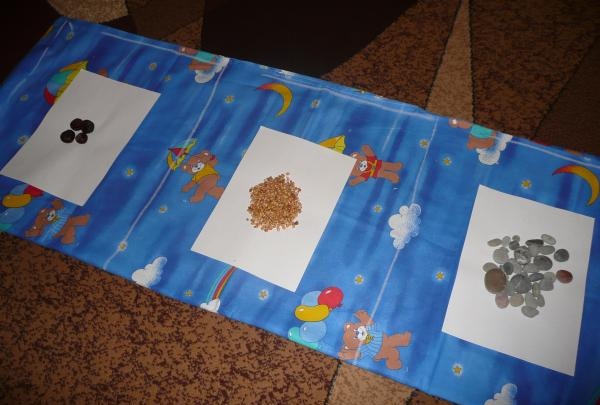 After that we cover the rug to the end or sew it up manually (crosses are marked with chalk). Of course, you can put snakes in these areas, then before washing it will be convenient and quick to pour out the filler and load it back. 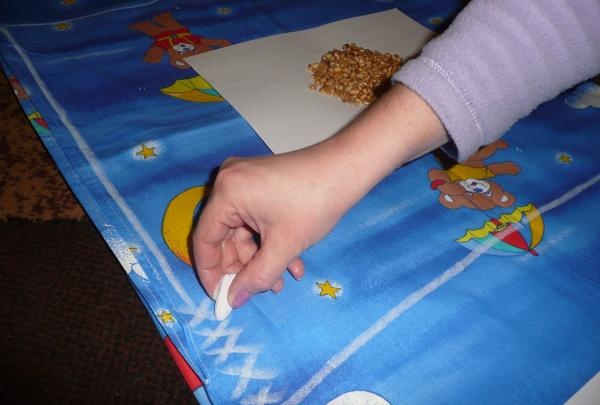 We collected chestnuts and acorns in the fall, and brought pebbles from the sea, since it is already winter, and it is difficult to get such components, you can replace them with buttons of different sizes. Fillers can be taken to your taste and imagination. You can sew pencils on the surface of the rug, make various applications. But we made a simple rug so that it was convenient to maintain, it was possible to vacuum it or wash it, after filling the filler in advance. 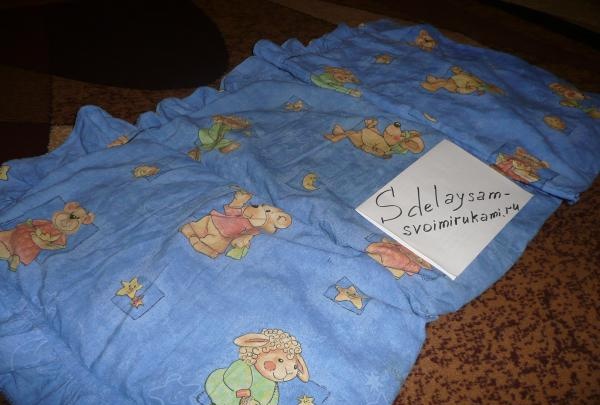 Such a rug can be placed either in the child’s playroom or in the bathroom. Walk for about 10-15 minutes in the morning and in the evening, preferably barefoot. And then no flatfoot threatens your child.
Grow healthy!
Thread the cloth Pencil
come back

Thick rug made of yarn 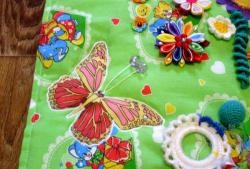 We sew the developing textile rug for the girl 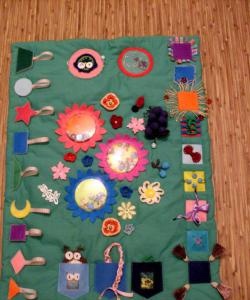 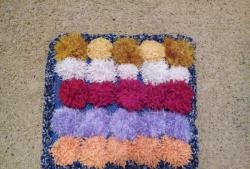 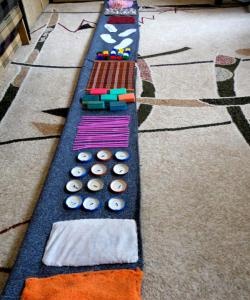 We knit a rug from old things