How to make a twisted usb cable from ordinary 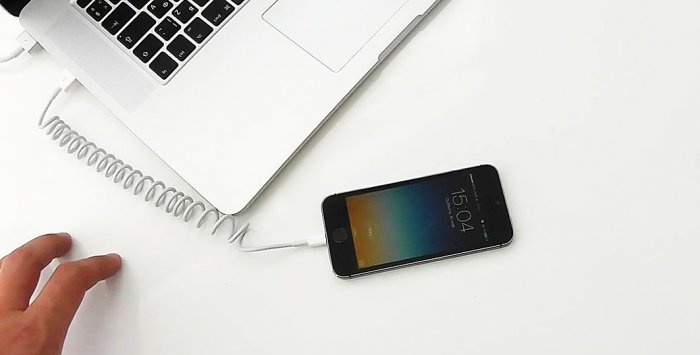 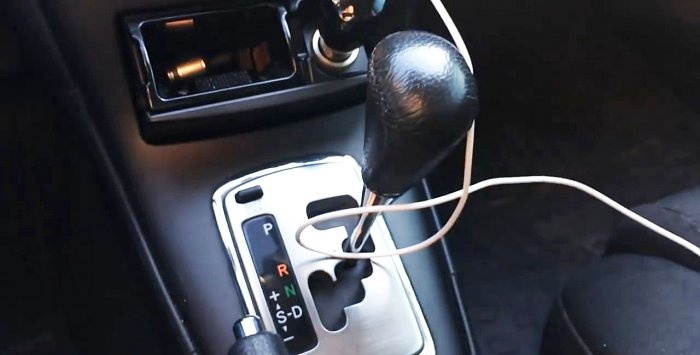 Perhaps you have already seen how people make twisted cable out of the ordinary, so I decided to show you my torment so that you would not repeat the mistakes that I made at first.

To turn a straight cable into a twisted cable, you need a little:

In addition, it will not be superfluous to have an assistant for working with a hairdryer, as well as gloves, so as not to burn your hands. Of course, you can tie the ends of the cable, but somehow I did not think about it, and therefore I had to keep the cable in gloves when warming up.

At first I wound the cable around a regular ballpoint pen, and that was my first mistake. It turned out that the plastic of the handle begins to melt under the influence of the temperature of the hair dryer. Having removed the cable from the handle, I saw that it was stretched, and practically did not become twisted. More precisely, he curled a little, but that was not what I expected from my work. The reason was, perhaps, in a short warm-up due to the fact that the plastic of the handle began to melt.
For the second attempt, I replaced the plastic handle with a metal Parker, and after ten minutes of heating, I removed the cable to check the result of heating. The effect was almost the same and again unsatisfactory. 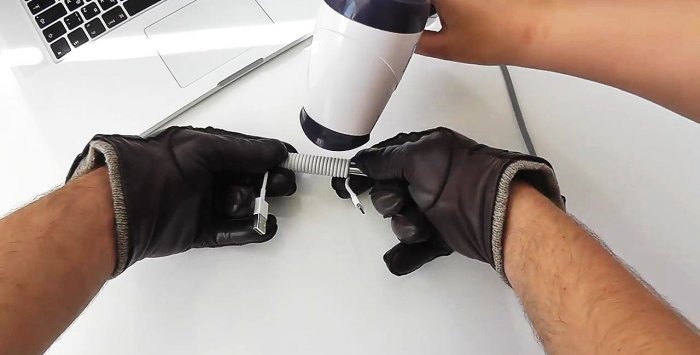 The third time I repeated everything exactly as in the second experiment, but changed the moment the cable was removed from the handle. After warming up for 10 minutes, let the cable cool completely, and only after that removed it from the handle!
The third experiment finally gave a positive result. And although the cable was not so springy as the one that you can buy in the store, I still achieved my goal. 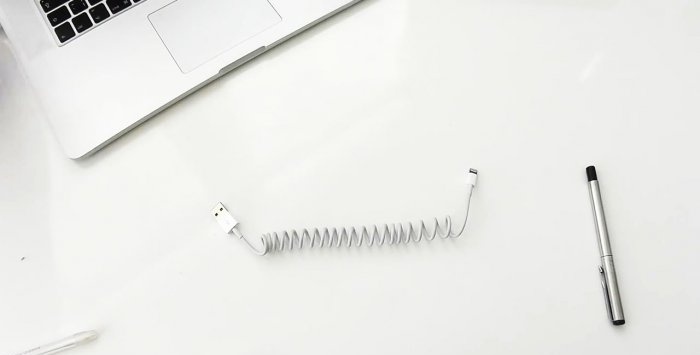 What can be said about this work to turn a direct usb cable into a twisted cable? I think that 10 minutes of work to increase comfort is not so much work. No need to run around in search of a new cable, if you can redo the one that is available.
Checking the cable for operability after all these manipulations showed that it continues to function properly! But now it has become much more convenient! 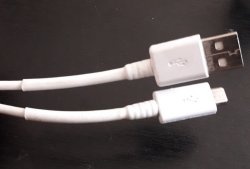 Twisted plait for wires from a plastic bottle

How to crimp an RJ45 connector with a simple screwdriver 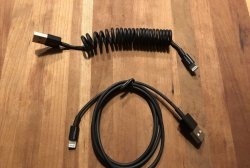 How to make a twisted wire from straight 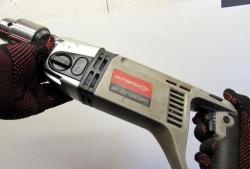 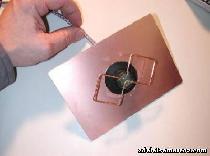