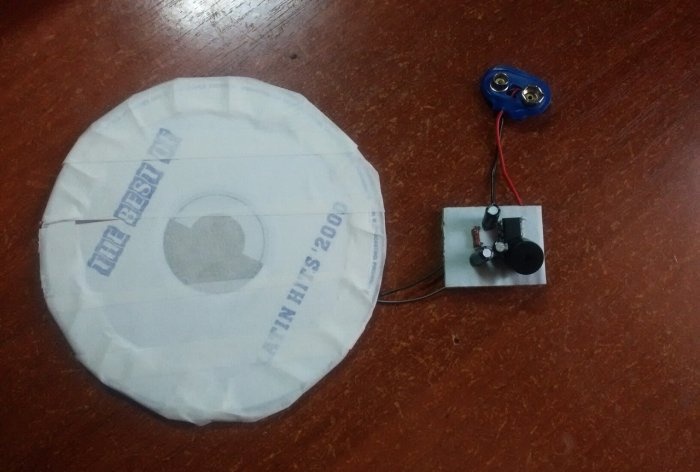 Hello friends, today we’ll talk about a home-made metal detector. At first I found a circuit on the Internet based on the NE555P timer chip, but it seemed to me too complicated for those who do not understand the notation on the radio circuits, and it is also difficult to output it to the board. Therefore, I redid the circuit a little, and we will assemble it with something in between the board and the mounted installation. Here is the diagram itself: 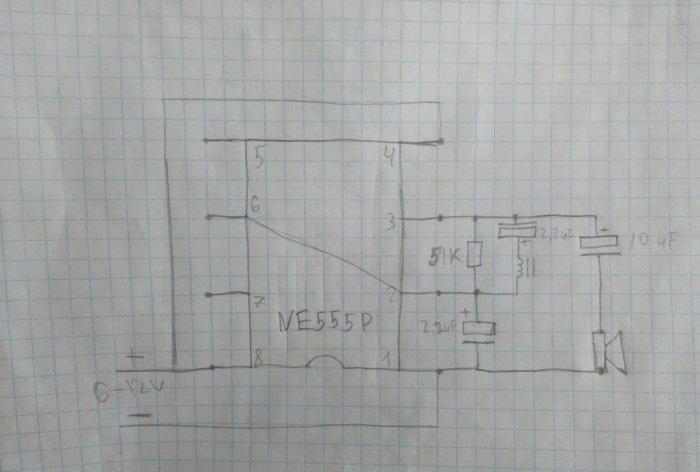 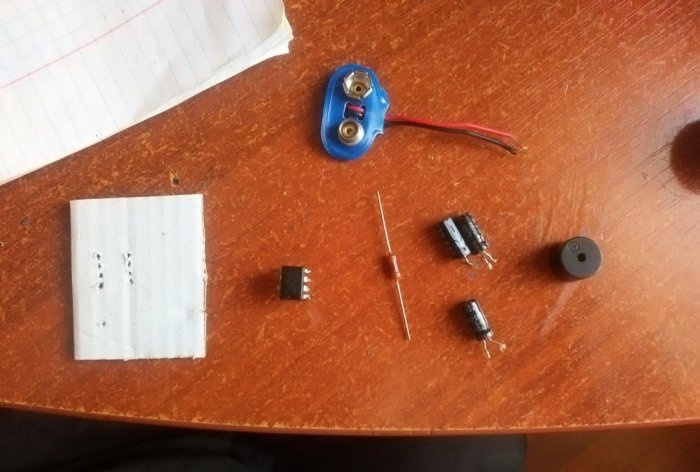 We will assemble the circuit on a piece of cardboard. In it, for every detail, I made holes with a needle, since the legs of the radio components themselves are too thin. First, insert the chip. Now solder the minus foot of the 2.2 uF capacitor to the very first foot. 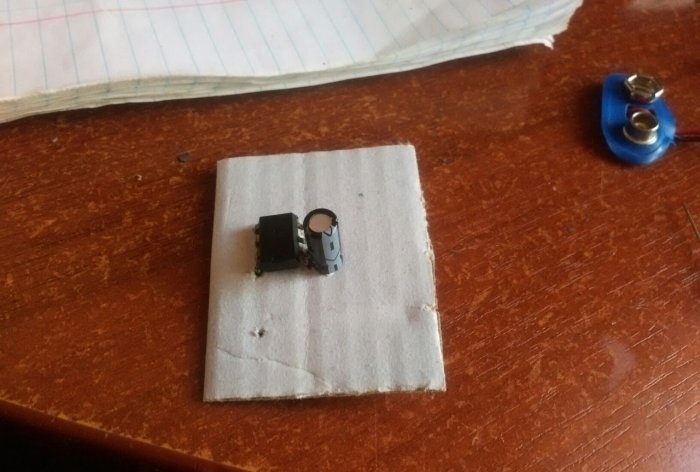 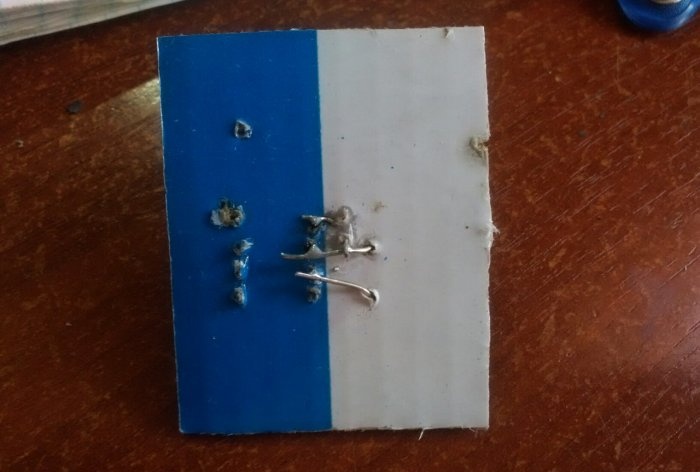 Now insert a 2.2 uF capacitor. We solder the negative leg to the third leg of the microcircuit. Positive will later go to the coil, we will produce it later. I soldered one wire to this leg. Also solder one wire to the second leg. 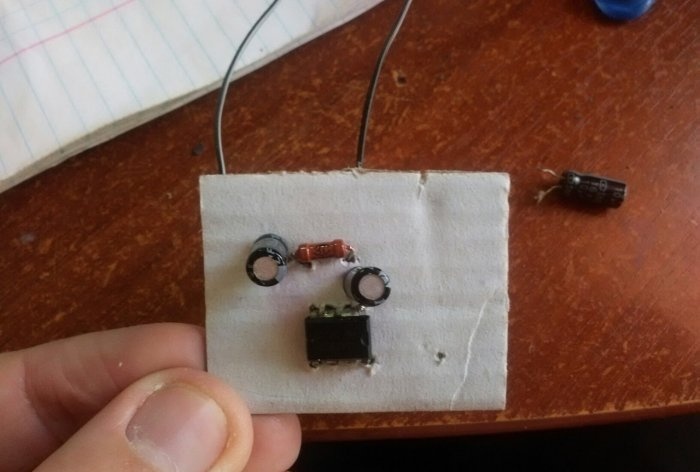 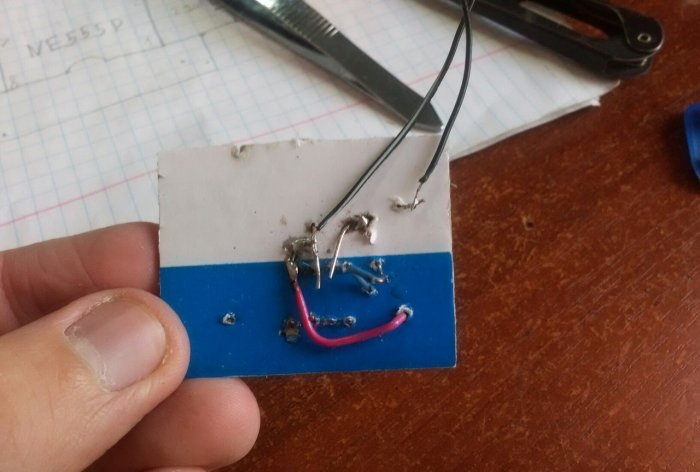 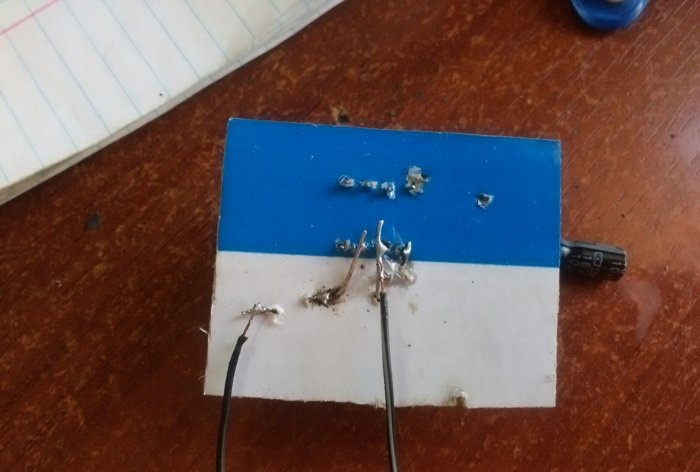 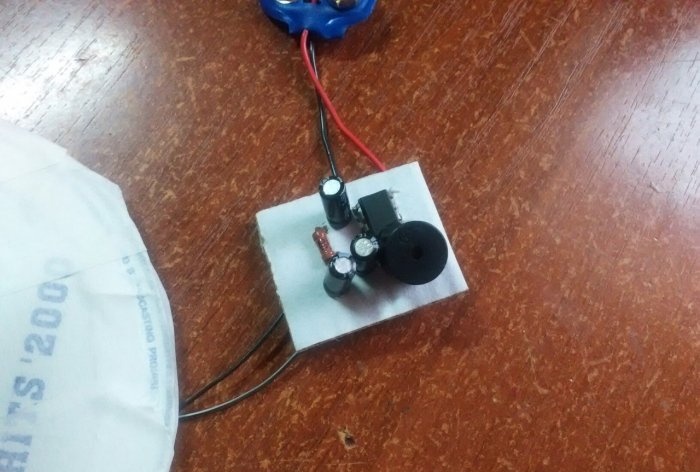 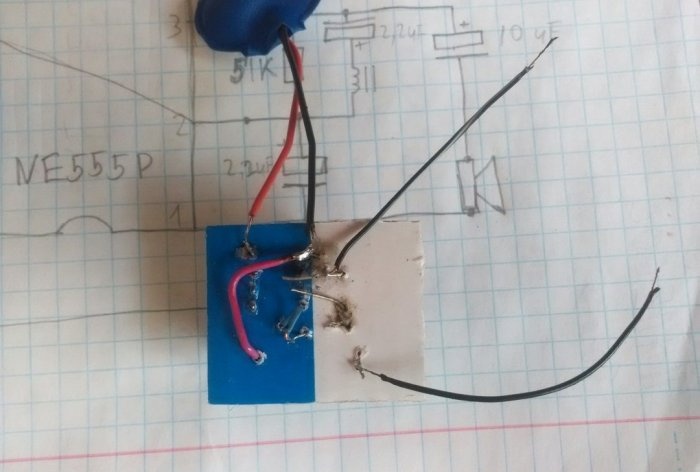 Now make a reel. It will require two CDs or DWDs. From cardboard we cut a circle with a diameter of 50 mm. 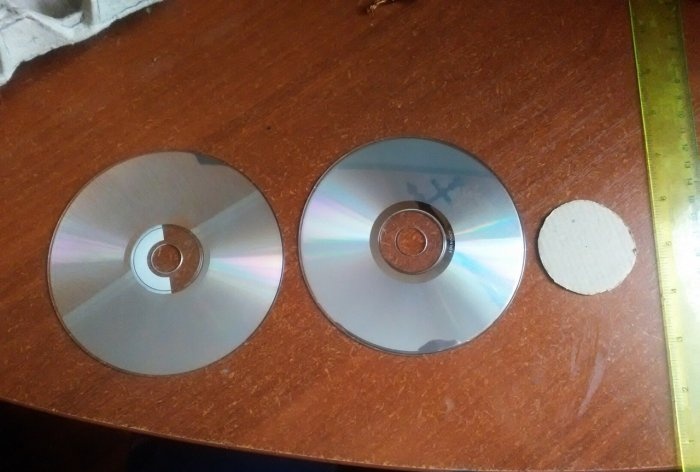 Now glue this circle between the disks. At first I tried to use superglue, but it did not glue anything. Therefore, the bonding places on the disks had to be scraped to make the surface rough, and instead of superglue, I used hot-melt adhesive. Now we begin to wind the wire onto the cardboard. You need to wind 315 turns. After winding, solder the ends of the coil to the two wires that were output earlier (I have them black). This completes the manufacture of the metal detector. All that remains for him is to make a pen.
The board turned out to be very compact and even together with the crown will fit into almost any case. You can take a thick PVC pipe, cut one end at 45 degrees, and stick a coil to it. And place the circuit and crown in the pipe itself. As soon as you insert the battery, the buzzer will start to squeak, and when the coil is above the metal, the buzzer will squeak differently, I think you will immediately understand. 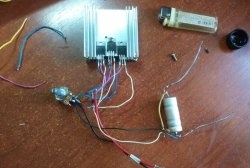 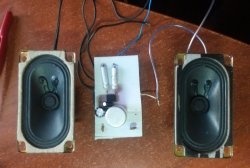 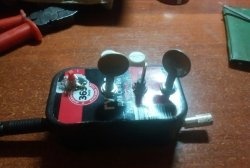 LED flashlight from 1.5 V and below

A selection of simple and effective schemes.
Comments (6)