December 13, 2016 New Year crafts / DIY soft toys 9 830 0
Very little is left before the New Year 2017. Not only children, but also adults are looking forward to this wonderful magical holiday with great impatience. Of course, many are already doing New Year crafts and Christmas toys. This time, my eldest son and I decided to make a snowman out of socks. Since the snowman is a very famous New Year character and is even one of the main characters of our favorite fairy tales.
To make our snowman, we need:


1. From a cardboard we cut out a small circle. I just circled the glass, so the circle turned out to be even and the size I needed. Its size directly depends on the size of the sock. Next I will explain why. 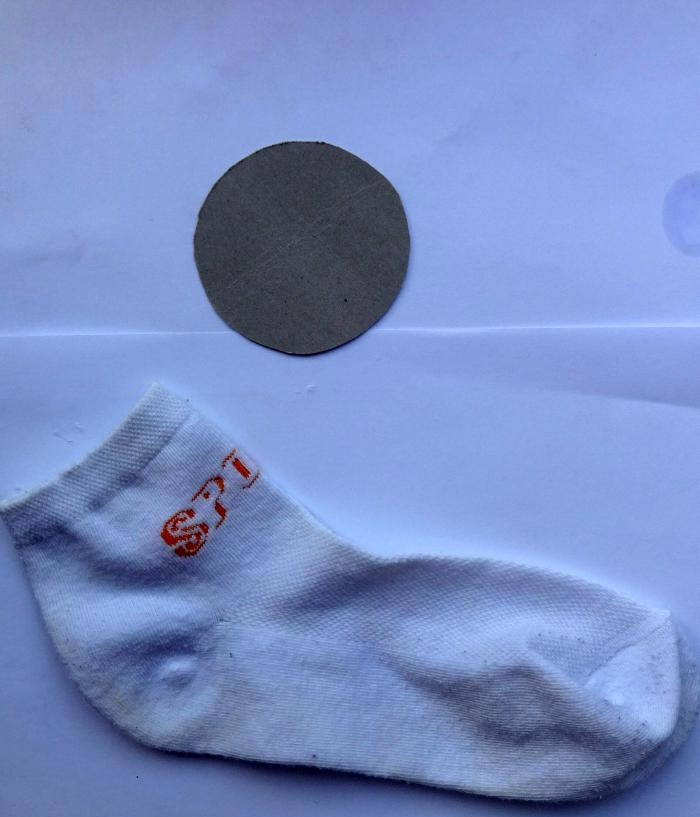 2. Take a medium-sized white sock and insert a circle of cardboard into it, so that our future snowman is stable, and does not sway from side to side, much less fall.

3. We put the sock and carefully pour the croup into it. We used barley, because of its low cost compared to other cereals, but wheat and rice, and even buckwheat, are quite suitable. In order to subsequently not start worms in the cereal, it is advisable to add a little coarse salt. 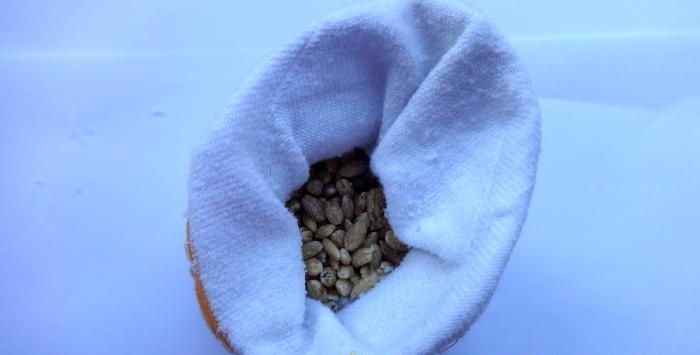 4. Now with the help of thin rubber bands we make the snowman's body and head. We used rubber bands from cash notes. In principle, dense threads can be used instead of elastic bands. And cut off the excess fabric with scissors on top of the sock. 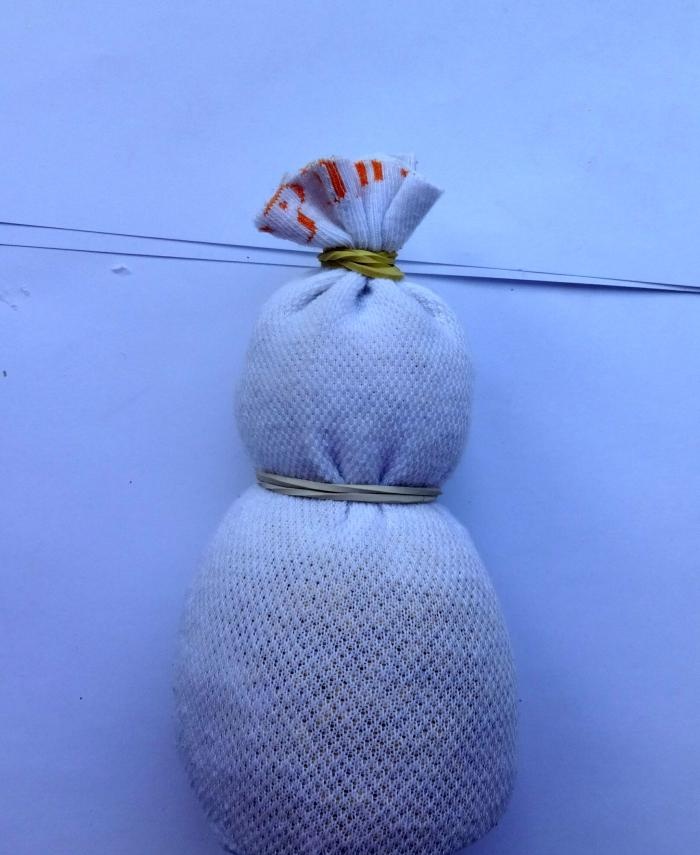 5. Next, take the second medium-sized sock and cut off the upper part - where the elastic. My sisters and I did skirts for dolls in childhood. And for a snowman it will be a jacket coat. The third sock is better to take a small size, that is, for children, since we will make a hat out of it for a snowman. On the contrary, we cut off the place for fingers from it. 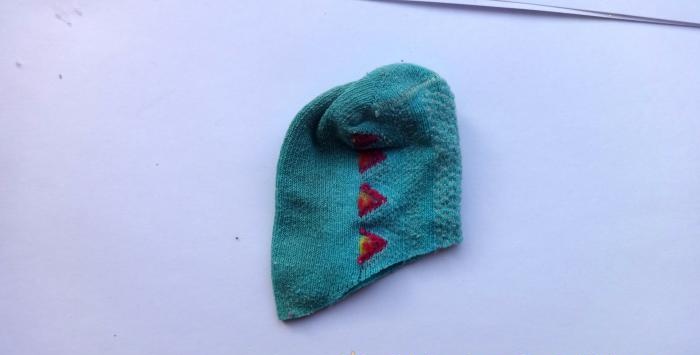 And bending a little from the top inwards, we make a hat, which you can later make a little on the side to decorate with a shiny button. 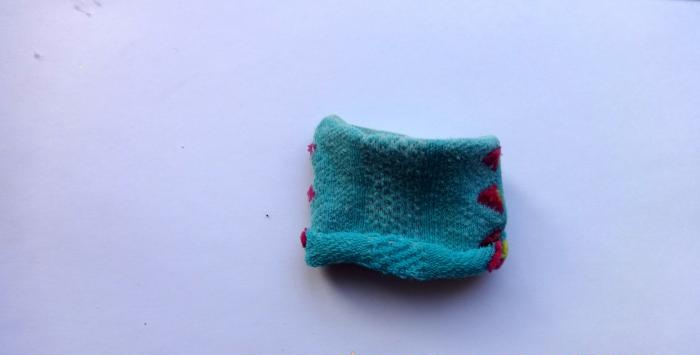 6. Then we take the buttons. We make eyes out of two black ones, and out of two color ones (we took in the form of sweets) we make decoration on a jacket-fur coat, gluing them with super glue. 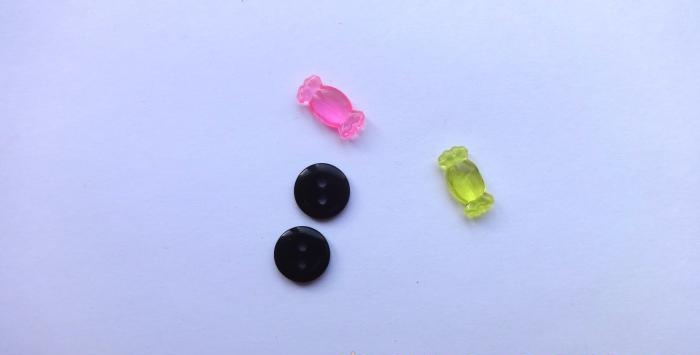 7. Well, what a snowman without a nose. We made a nose from a brush, or rather from its handle. She accidentally caught my eye when I thought of what to make a snowman out of. The fact is that our brush is made of brown plastic. And we easily cut a piece with scissors and with the help of super glue we attached a nose to a snowman. 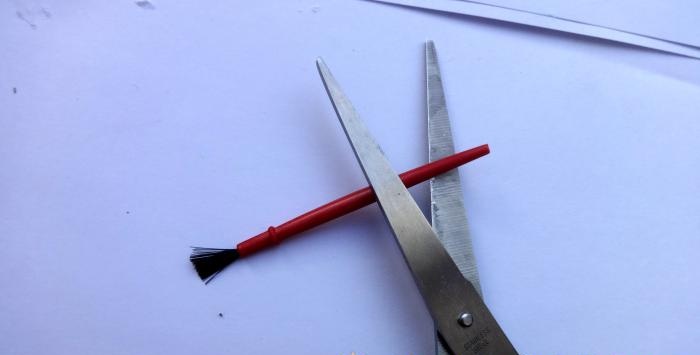 But you can make a nose out of a pencil lead of a brown or orange color.
Here we have such a cute snowman. 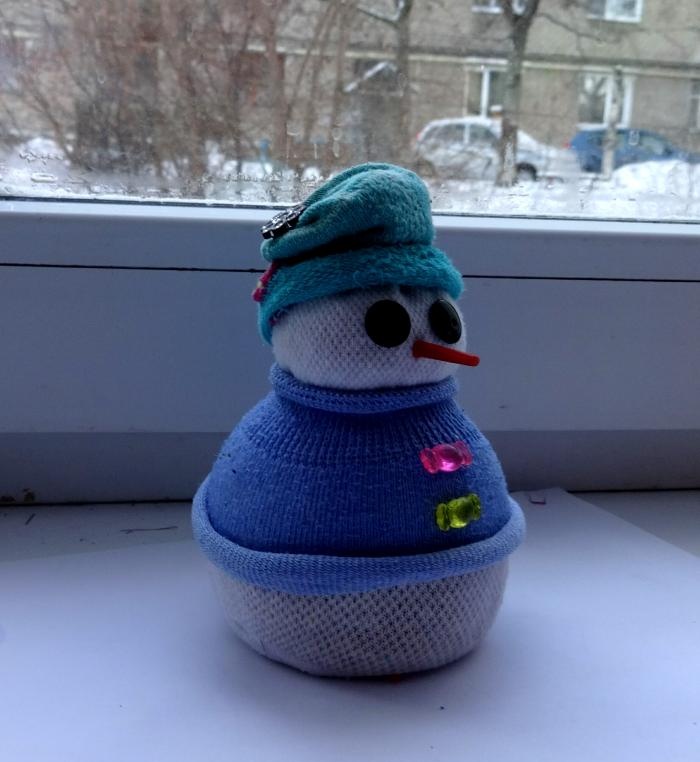 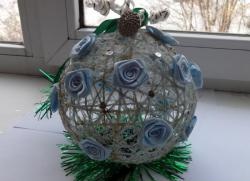 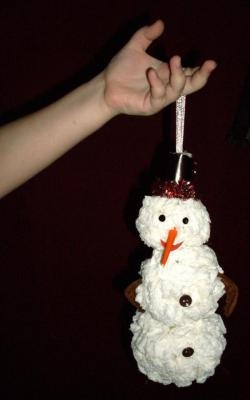 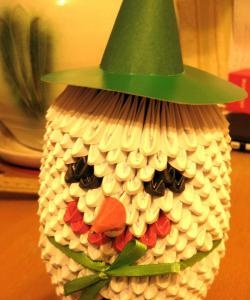 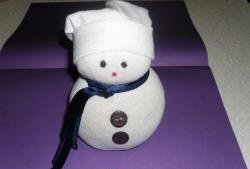 Snowman made from sock and rice 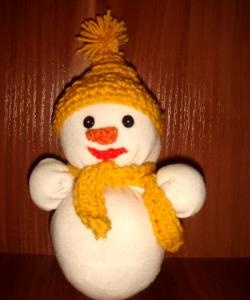 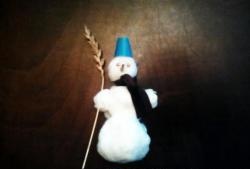 Cheerful snowman made of cotton 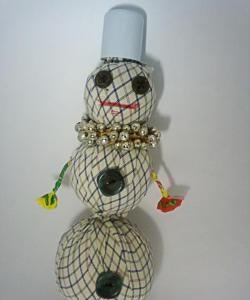 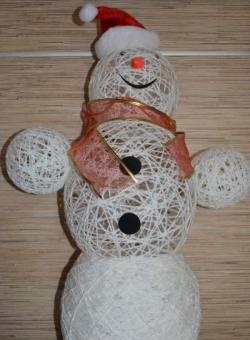 Snowman made of thread