October 18, 2014 Needlework techniques / Knitting / Knitting hats 22 625 0
Caps for newborns are very easy to knit, simple and quick. It’s also very interesting. Especially imagine how then this hat will look on the head of your beloved baby. So, today we will learn how to knit a hat with knitting needles for a newborn. We will see two options for execution. One is simpler - facial smoothness and elastic. The second option will teach us how to make a rice pattern and a pearl pattern with knitting needles. 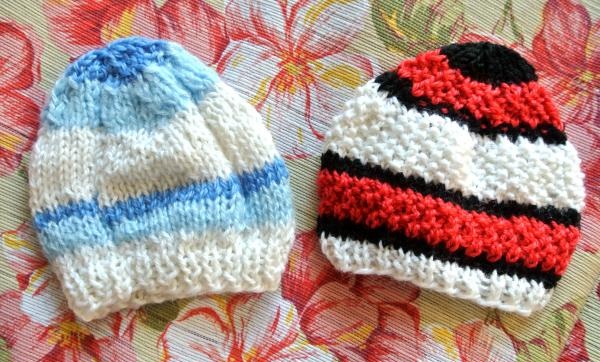 Let's start with a simpler option.
We collect 46 loops and knit with an elastic band 1x1 about 8 rows. After that, we need to increase the number of loops by 10. Therefore, we make crochets every 5 loops. The result is 56 loops. There will be a normal girth of the head. The photo shows that different colors were used in knitting. You can tie a hat for a newborn monophonic, if you have threads of only one color. The pattern is very simple. In addition to adding new colors, we knit 4 vertical stripes for the pattern. To do this, after every 12 facial loops we knit two purl. It turns out such "paths" that divide the cap into "sectors". For a strip of light blue, 4 rows are knitted here, and for a dark blue, two rows. Then again we return to white and so on. Thus, it is necessary to tie 8-10 centimeters. After that, let's move on to reducing the number of loops. How will we do it. In the front row, you need to knit two together the front, repeating this action every 7 loops. In the wrong row, you need to knit all the loops with the wrong ones, without any reduction. Then we need to knit two together with the front one already repeating every 6 loops and so on in all the next rows until we begin to knit two together every two loops (through 5, 4, 3 and 2 loops respectively). The back rows continue to simply knit. It is not necessary to reduce the number of loops. The loops that remain in the end must be transferred to a needle with a thread of the same color and tightened into a circle. It is better to do this after the edges of the cap are sewn. 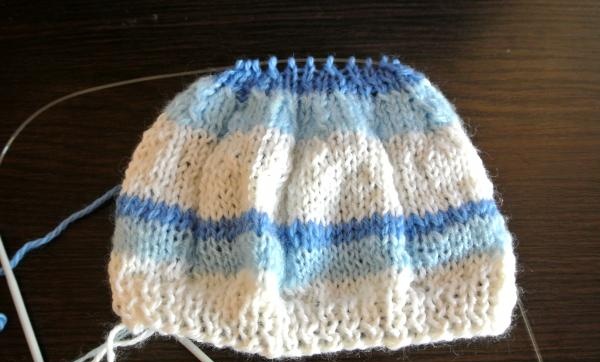 The result is such a cute winter hat. It’s better to put on a bonnet under it before going with the child for a walk on the street. And if you knit with woolen threads and on thinner knitting needles, then you can do without an additional thin hat. 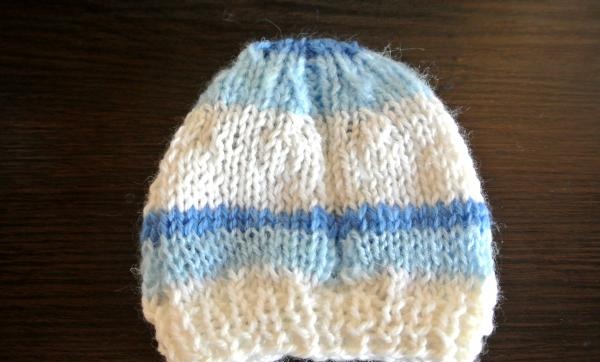 The second version of the cap for the baby is knitted according to the same pattern as the previous one (the same number of loops, crochets, rows and so on). Here we will deal with patterns in more detail. The rice pattern is double-sided. That is, it looks the same both from the front and from the inside. To connect it, you must follow this scheme:
In the front row we knit everything in the same way as for 1x1 elastic: front, back, faces., Out ... In the back row we continue to knit all the loops just in a pattern, not straying. If there was a wrong loop, we make the wrong one. The front loop, respectively, we knit the front. In the next front row, you need to change the rhythm of knitting loops: we knit the front loops as purl, and the purl as the front ones. In the wrong row, we do not need to change anything. In fact, one rule must be remembered: the reverse rows fit in the pattern, and the change of loops occurs only in the front rows. This is precisely the main difference from the pearl pattern. 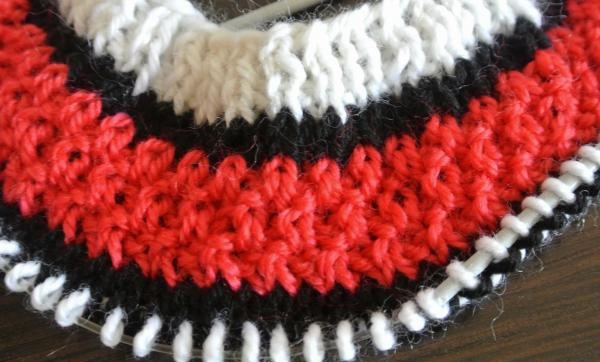 And here the difference is already clearly visible. White color is associated with a pearl pattern, and red - rice. 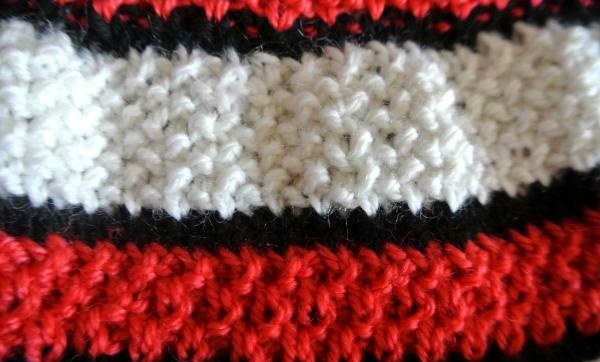 The pearl pattern with knitting needles (also double-sided) is performed as follows:

Here is such a cute hat. On her knitting it takes one day even for those who have only recently learned to hold knitting needles in their hands and knit the wrong and front loops. 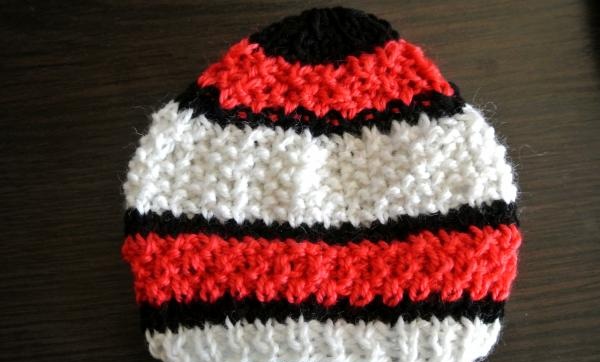 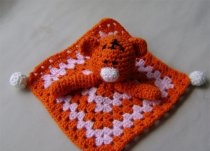 How to crochet comfort for a newborn

Jacket and hat for baby 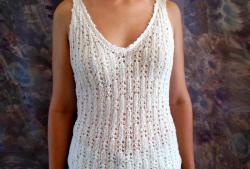 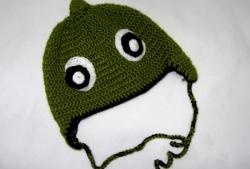 Hat for a newborn girl 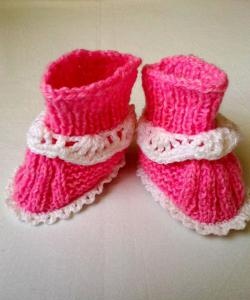 Crocheted booties for a newborn 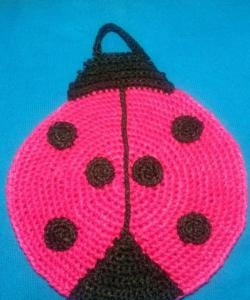